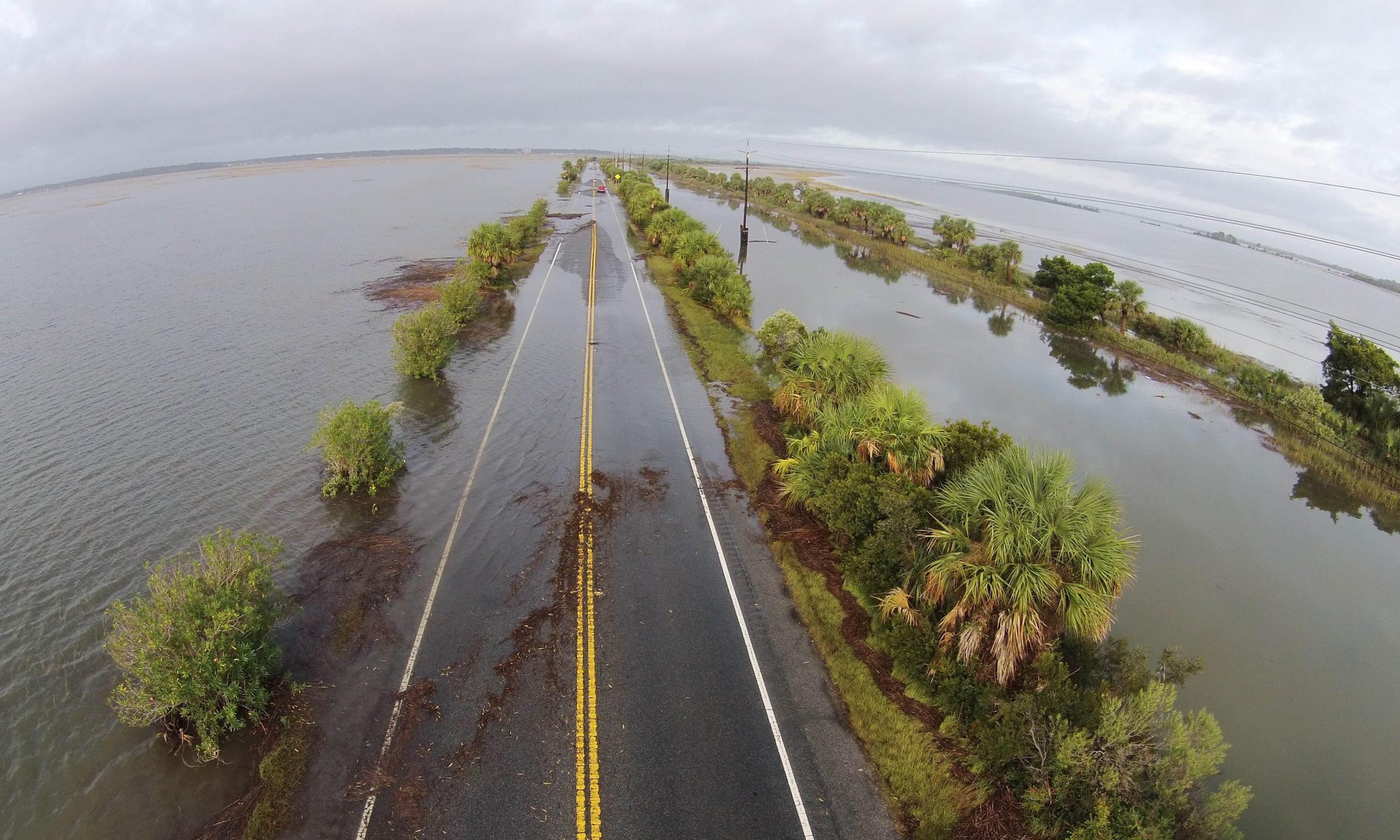 In an effort to save lives and prevent damage, University of Georgia, IRIS researchers are working to help coastal communities better prepare for hurricane-related disasters, including flooding and storm surges, both through communication tools and natural infrastructure.

After Hurricane Matthew in 2016, which killed 47 people in the United States and caused approximately $10 billion in damage (according to the National Center for Environmental Information), the National Center for Atmospheric Research (NCAR) reached out to University of Georgia Marine Extension and Georgia Sea Grant Public Service Assistant Jill Gambill, who specializes in coastal resilience, to help them conduct focus groups on the public’s comprehension of storm surge forecasts.

“They wanted to do focus groups in Georgia and South Carolina to examine how people understand and interpret storm surge forecasts. They developed maps with different elements tweaked—such as the colors that represented different gradients of flooding and different spatial scales, which ranged from the neighborhood level to the entire Georgia coast,” Gambill explained.

Their aim was to identify which materials best helped people to understand the impacts of storm surges. In addition to maps, they created a 3D GIS animation that depicted a storm surge scenario.

“It’s like a movie that shows how quickly a storm surge would impact a barrier island community. We showed nine feet of storm surge, with minutes in the corner ticking away. By the end of 12 minutes, you can see the ultimate impact of the flooding. There are two different views—one was an aerial view looking down—so you could see the water coming from all sides—and in the other you’re standing on the street. You can see the water rising, covering a car, covering a house. And the last visualization was another street view with static images of a house, showing what three feet, six feet and nine feet of storm surge would look like to help people picture those forecasts,” Gambill said.

After Hurricane Matthew, Gambill and her colleagues held seven different focus groups in Georgia and South Carolina, in the cities of Beaufort, Savannah and Brunswick. They chose these locations in an attempt to get a diverse group of participants.

“With some of these groups we included urban, low-income populations and in others, island communities, to get a diversity of perspective. The closer people are to the water, the more they interact with the tides—and so their understanding of storm surges might be different than someone in an urban setting,” Gambill said.

As they wrapped up their focus groups in 2017, they were given a sudden opportunity to put their research into action; Hurricane Irma was headed toward the United States as a Category 5 storm, and was predicted to impact Georgia and South Carolina.

Through these groups, they had identified several factors that helped people to better understand how they might be impacted by storm surges, and had found several knowledge gaps that they could target by creating new materials.

“We very quickly repackaged the key messages we’d heard in the focus groups and pushed them out on social media—including Twitter and Facebook. In just a few days, we had reached about 126,000 people with images that included information about hurricane safety,” Gambill said.

Several of the messages went viral, including one that listed the reasons why people don’t evacuate. They also tried to target misinformation they’d encountered in the target groups, such as people thinking they’d be safe if their house wasn’t shown as being flooded on a storm surge map.

The researchers also tried to craft messages that would encourage people to make evacuation plans for pets and loved ones ahead of time, and to not leave evacuation decisions too late; many people wait too long and end up not being able to evacuate at all.

They found that the animation of water rising from a street view was most effective at helping them understand the true risk storm surges pose.

“There was an emotional reaction to watching the animation of water rising in a neighborhood, as if you’re standing on the street. Looking at maps just doesn’t hit home in the same way,” Gambill said.

Gambill also took steps to ensure that the messages could be accessed by people with vision impairment.

“I’d just attended a conference where the official sign language interpreter for the governor of South Carolina gave the plenary speech. It really struck me how all of the information we’d put out required vision, so I created some materials that were auditory. They got really good reception—the National Weather Service retweeted and reposted them, and local governments did as well,” Gambill said.

Now, Gambill and her partners have received additional funding from the National Science Foundation (NSF) to explore the use of landmarks or characteristics within communities to better communicate the risks that people and property face from flooding. For example, they may show a visualization of a neighborhood with houses in the same style as local homes flooding, or show schools or other public buildings in a 3D map.

The idea is to communicate with people in ways that are meaningful to them by utilizing “sense of place” or the connections that people have to the places they live.

Communication is one of many tools utilized in IRIS’s goal of creating more resilient communities, alongside engineering natural infrastructure to help reduce and prevent damage and danger from storm surges.

Ultimately, it’s up to each individual to make choices that will keep themselves and their family members safe during hurricanes. However, Gambill and her colleagues at the University of Georgia, in collaboration with NCAR, NSF, Utah State University and UNC Ashville, are taking every step possible to help them choose wisely.